On September 28th, Grand Central Terminal unveiled a brand new logo that attempts to “give a nod to the building’s history while it embraces its future in the modern world.” As with any logo change, this has generated differing opinions within the design community in New York. The clock, which has been the defining icon of the terminal for the past 100 years, is no longer present in this new logo.

In attempt to make the logo more modern, the design team at The Watsons created a monogram for the logo mark, combining the G, T and C, which takes inspiration from the original architecture mark that has been stamped on the walls of the terminal since 1913. According to the Grand Central logo statement, there is a spike in the “G” which replicated the shape of the train spike. To me, this is where the logo starts to fall apart. The monogram is already busy enough and adding that extra detail further complicates it.

Personally, I would have wanted to see an evolution of the clock, as that is the icon almost every New Yorker associatea with Grand Central. However, I am looking forward to seeing how this brand can be applied in the coming years. Hopefully this can inspire a rebrand for the MTA. 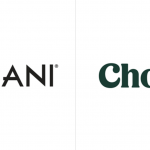