New Identity for the Recording Academy

The logo for the Recording Academy is one that has always had intense recognizability. As with any rebrand, one of the first questions in the creative process is does the logo need to be updated? In a case like this, it feels as though it doesn’t. The logo is, after all, a graphic representation of the trophy used for the Grammys.

The Academy, which has been around since 1957, represents performers, songwriters, producers, engineers, and all music professionals while honoring achievements in the recording arts and supporting the music community. The organization is of course best known for the annual Grammy Awards.

The wordmark moves away from the serif typeface Trajan (designers rejoice) and introduces the sans-serif Francis Gradient by Typotheque. The gradient feature, an interesting capital-only display version that features different widths, is used primarily in the logo animation where is responds to the sound and rhythm of music it is paired with.

As for the logomark, I am very pleased it has not changed. I feel that the classic gramophone is successful in communicating what the academy represents and has a timeless quality to it. However, the icon has been rendered in 3D to be used in dramatic close-ups as an abstract graphic element in the applications. 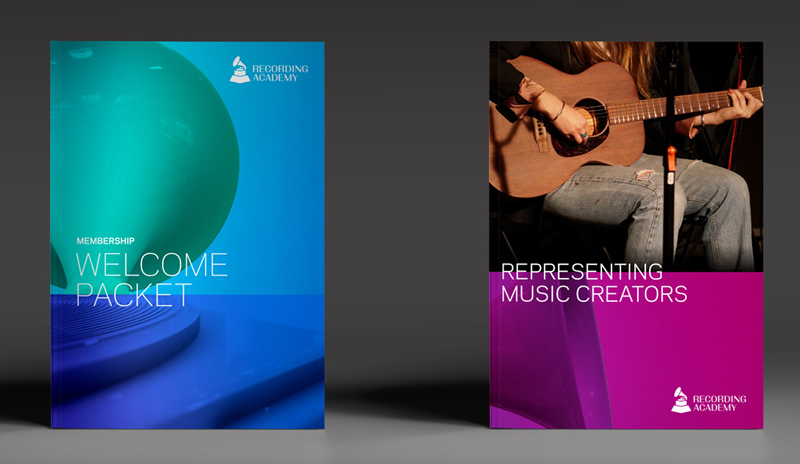