Stan Lee was always one of those celebrities that I viewed as timeless. I suspect it’s because of the monumental influence he’s had on not only the comic book industry, but the entertainment industry. It’s because of him I’ve always had a place to escape to—a place filled with adventure, wonder and hope. A place that, no matter how hard life gets, a gentle reminder waits in those 32 page comic books. A reminder that you don’t need superpowers to overcome any challenge in your way.

The comic books that I have been reading my whole life mean the absolute world to me. Not only do they offer the escapism I need, they inform my creativity. They remind me of what the important things are (friends, family, good health). Most importantly, they remind me that it’s cool to want to be the good guy.

Even if they have super powers, they have to be believable. What they do has to be what any normal person would do in those situations.

I think DC Co-Publisher and Artist Jim Lee has summed up Stan Lee’s impact on the world perfectly:

And in these life lessons—whether learned on the streets of Brooklyn or in the antimatter depths of the Negative Zone—he taught me the true measure of a person was not defined by their powers but by the strength of their virtues and their commitment to truth, justice and tolerance.

When it comes down to it, superhero stories are just stories about ordinary people dealing with ordinary problems. Are the problems exaggerated at times? Of course. But at the end of the day, they are stories that reflect a world that we know so well. A world where Spider-Man is just a boy who wants to help make the world a better place.

As an adult, I’m way more of a DC Comics fan than a Marvel fan. But the legacy behind Marvel comics is one that can easily rival DC’s. We live in a world where you can walk into Times Square and see posters for Thor, The Hulk and Iron Man.

When I was in my teenage years, I hid the fact that I was still reading comic books. Now? It’s the cool thing to do. But honestly, it’s always been the cool thing to do. And even if you aren’t into comic books at all, the amount of cultural inspiration that echoed from them is immense. The amount of movies, shows and books that we have now probably wouldn’t exist if it weren’t for him.

I encourage you to watch this tribute video Marvel Entertainment released.

If you’re interested in learning more about the history of Stan Lee, CBR is running a great series called The Life and Times of Stan Lee. 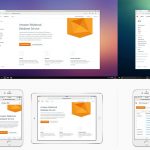