Summer has many meanings for a lot of people. For a majority of us, that means warm weather, longer days and barbecues. But for some of us, that means concert ticket purchases, specifically for the Dave Matthews Band. Active since 1991, they have become known for their annual summer tours, performing at outdoor venues all over the country.

Typically, fans are criticized for seeing the same band time after time every summer. But Dave Matthews Band performing is more than just a typical concert. Every night calls for a new setlist, with the audience having no idea what is going to be played next. Old songs come back with new re-worked structures. Many songs feature interpolations. But the best part, there is a good amount of improv going on within each song. That is what makes the shows memorable.

So, without further ado, here are my top 10 choices, performed live.

10. Belly Belly Nice
This song comes from the band’s most recent album, Away From The World. Dave Matthews Band is known to be sort of a jam band and this song is no joke when it comes to that. Fast paced, horns blaring and a catchy chorus, this is a fun to sing along to live.

9. Seven
The song takes it’s name from the odd 7/8 time signature that is oftentimes difficult to play. Especially with this song, since the time signature constantly changes throughout.

8. Dancing Nancies
One of their earlier tunes, Dancing Nancies seems to toy with Dave’s thoughts about what he would have been if not a musician. Earlier in his life, Dave struggled with what career path to choose. This song illustrates that beautifully.

7. Drunken Soldier
Another from their most recent album, Dave had mentioned this is as song that the band has been playing around with since 2004. It is amazing to see how far it has come. Hearing that first A minor chord quietly gives me chills.

6. Pig
A feel good song about seizing the day and not letting it go to waste. This is probably my favorite song lyrically.

5. Tripping Billies
A sort of anthem for the band, another song about seizing the day, “for tomorrow we may die”.

4. The Stone
This song is rather depressing as Dave is said to have written it from the perspective of the man who murdered his sister. But, it has become a live favorite and is strangely beautiful, given the subject matter.

3. Don’t Drink The Water
An incredibly explosive song that usually pops up as an opener. The version performed at Central Park in 2004 is said to still be their most powerful.

2. Ants Marching
Probably the staple of Dave Matthews Band, Ants Marching was huge in the 90s and continues to be their most played song. Watching them jam out to this is just pure fun.

1. Two Step
A love song that doesn’t sound like a love song. At running time of 18+ minutes, this song demonstrates the band’s ability to rock the house. In addition, in showcases Carter’s (drums) abilities in improv and Tim’s (electric guitar) fiery solos. The outro usually features what is called the stop time intro. Where they will constantly play the end note, stop, and play it again and make it longer each time. I apologize for the poor quality of this video, but this is a fantastic version.

I hope you are excited for the 2018 Summer Tour as I am. Their summer schedule can be viewed here, if you feel like you are ready to experience them live. 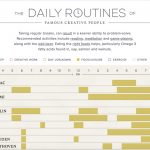