Although NASA’s Kepler telescope is still discovering new exoplanets, it is very hard to imagine how these planets would look. NASA’s Jet Propulsion Laboratory has drawn up a trio of beautiful posters by the “Exoplanet Travel Bureau.”

All three resemble the style of the WPA (Work Projects Administration) iconic prints from the mid-1930s. For those that do not know, these posters were designed to publicize exhibits, community activities, theatrical productions, and health and educational programs, as part of the New Deal Works Progress Administration. One of the main goals of this program was to employ struggling artists.

Without further ado, here are the three posters designed by NASA: 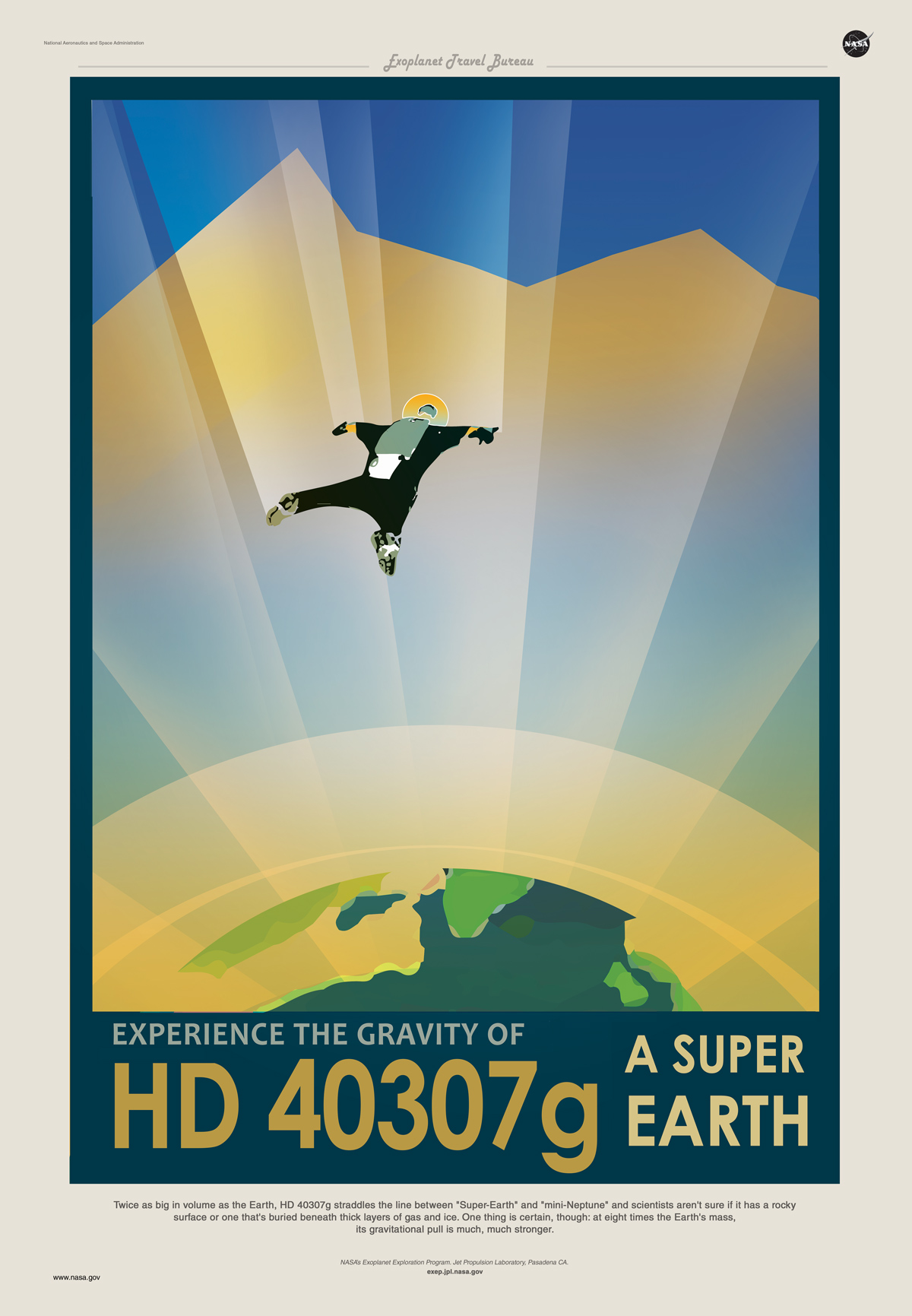 HD 40307g has a very strong gravitational pull. This planet is considered an super-Earth. 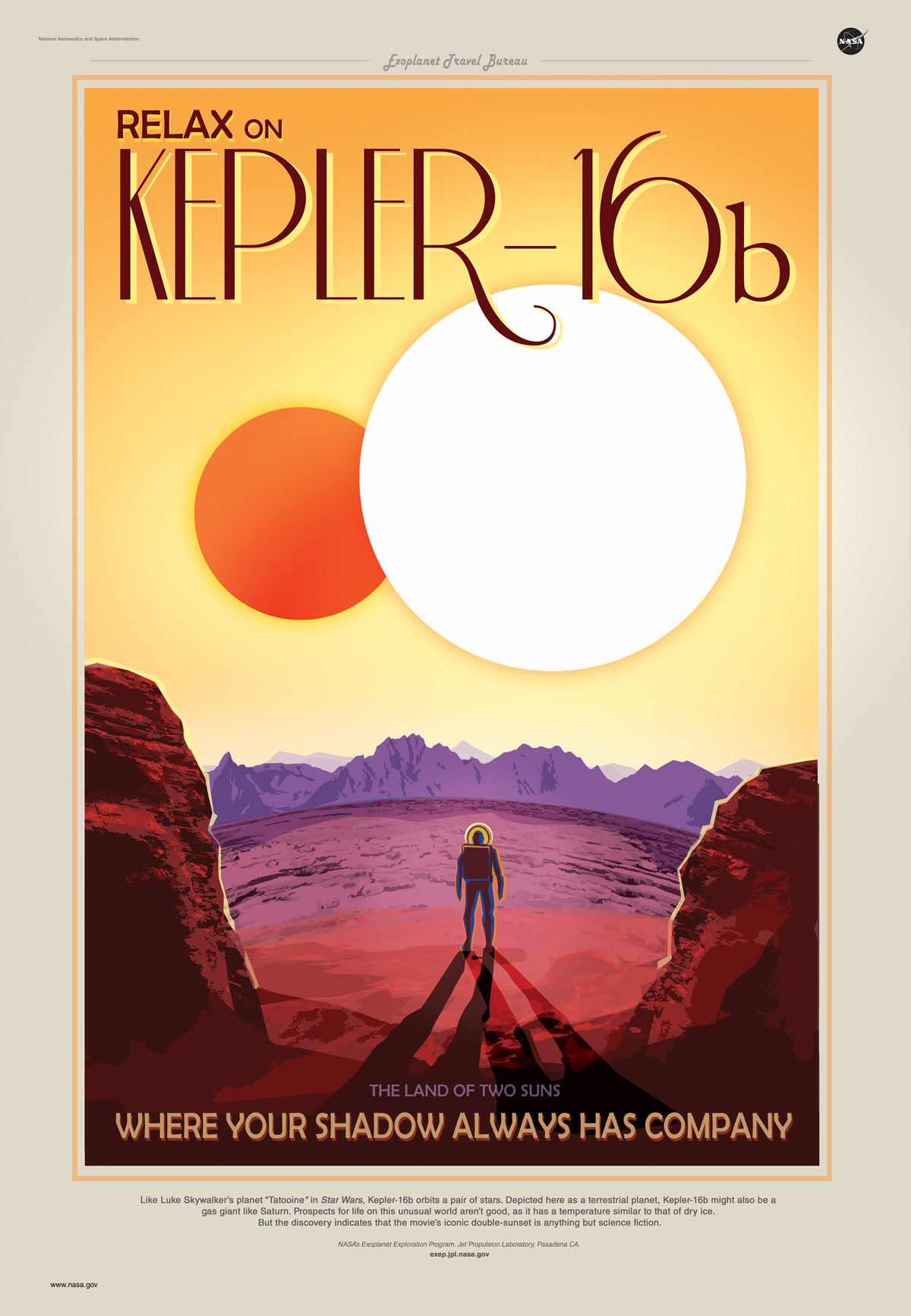 Kepler-16b orbits two giants stars, just like Luke Skywalker’s home on Tatooine, which is exactly why I would want to live here. NASA suspects this planet to be a gas giant.

Kepler-186f is one of the most Earth-like planets that NASA has been able to identify. It is about 500 light years from Earth and it thought to be a rocky planet slightly larger than our own. Here, the artist is playing with the idea that photosynthesis on the surface could be affected by a nearby red dwarf star.